1.     What did you feel when you were at the demonstrations?

I think I should start by saying that I was not actually planning on going to the demonstration. I guess I was not really sure if I wanted to be somewhere with so many people. So instead, my friends and I went to the Portrait Gallery before the demonstration had started. However, when we went outside and everything had already began, I immediately took my camera out. I was captivated by how the resistance against Trump’s ideas was being shown in such a hopeful way. Although Trafalgar Square was as crowded as I had ever seen it, it definitely felt familiar and safe.

2.     How do you think the demonstration affected the people that were there?

I would say it was more optimistic and hopeful than negative. However, I did see some banners that showed anger and sadness. I think those reminded everyone that although we may sometimes end up just making jokes and funny signs about Trump, we should not forget the damage he has done.

3.     What is the overall message that you got away from the whole day?

The overall message would probably be that this kind of events are necessary because it is crucial to show disapproval in these situations. I also won’t ever forget how comfortable and familiar Trafalgar Square felt with so many people speaking up their minds.

4.     And to lighten the mood a little – what was the funniest banner that you saw that day?

This is actually a hard question because the amount of signs with funny phrases was enormous. However, as a Harry Potter fan, I am going to have to choose these two that said: “Voldemort was nowhere near as bad” and “Help me find his horcruxes”. 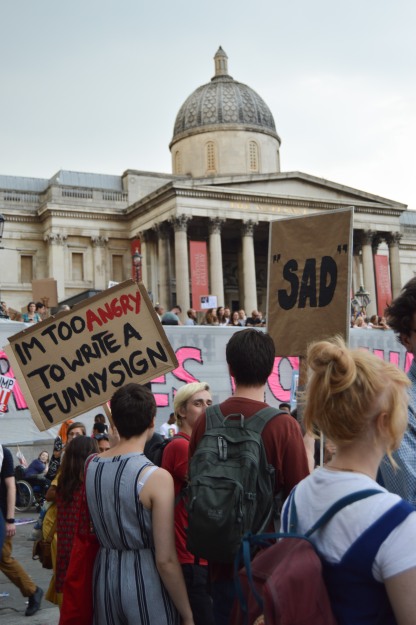 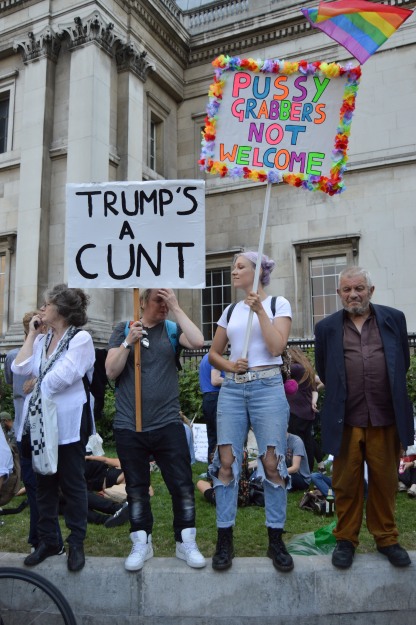 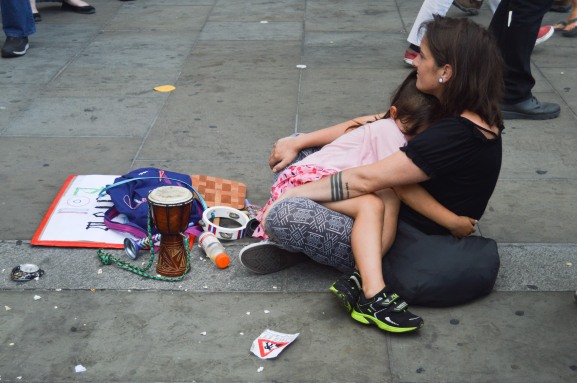 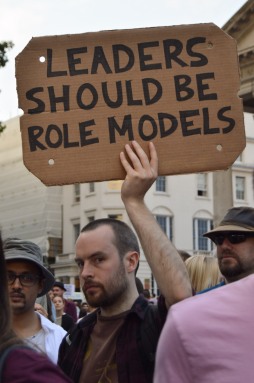 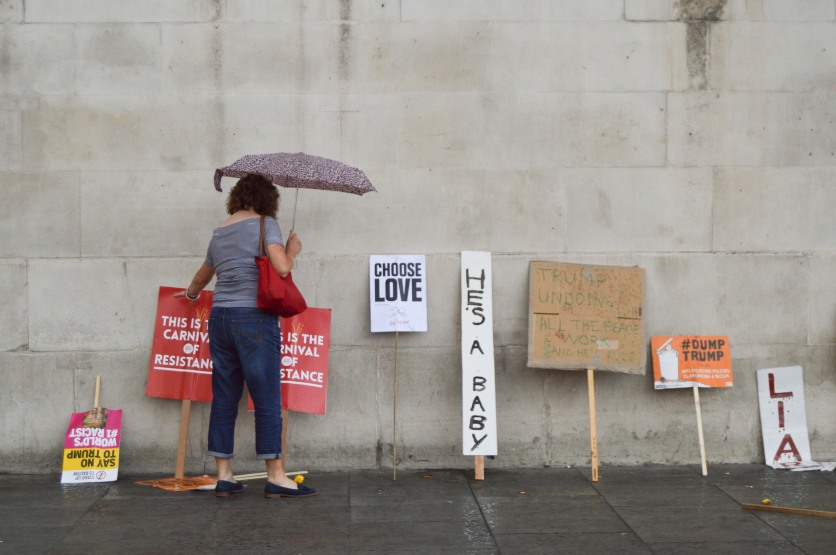 Photos by: Vera Valentín Avellón
More of her photos here